In the near future, we will clean our garments sustainably, without the need for water.

Water is the most basic resource that guarantees life on this planet. Nevertheless, its scarcity and contamination make it very difficult for millions of people to have access to this vital resource.

Humans are the main contributors to water contamination due to various factors: industrial waste, the increasing temperatures that diminish its levels of oxygen and deforestation which causes the appearance of underground sediment and bacteria causing water contamination.

At home, the most efficient washing machines consume an enormous quantity of electricity and water, especially when using water heating systems. Many studies are looking to reduce this impact and it appears that technology is helping to resolve these issues.

Nimbus, the washing machine that cleans without the use of a single drop of water 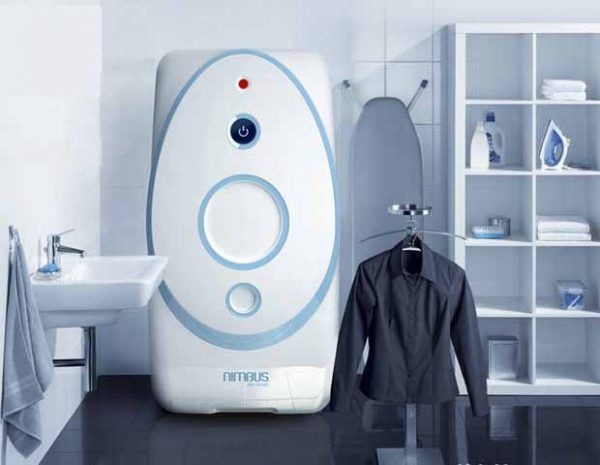 is the invention of two Argentinian industrial design graduates of the National University of Córdoba. Upon completing their thesis, Nicolás Araya and Nicolás Vuksanovik, came up with Nimbus, the name deriving from cumulus-nimbus clouds, white and spongy cloud formations.  Nimbus is different from the dry cleaning method used today because it doesn’t use a single drop of water. It cleans by using natural carbon dioxide (CO2) and a patented detergent that is recyclable and biodegradable.

Carbon dioxide has been identified as an eco-friendly gas. It is used and renewed, instead of going into the atmosphere, and therefore, 98% of the CO2 that is used is recycled to be used over and over again.

At this time, the machine is planned only for industrial use due to the high cost of the components that supply pressure for the CO2, but in the future, once it goes mainstream, the design could be applied to build household washing machine models.

The washing machine has a capacity of 20 kg and each washing cycle has a duration of approximately thirty minutes. CO2 is a solvent not derived from petroleum making it eco-friendly and renewable. Additionally, CO2 is recovered after each washing cycle through the use of a filtering system that purifies it so it can be reused time and time again. The percentage of waste is as low as 0.004, making it almost “eternal”.

Orbit: The washing machine that cleans without water nor detergent. A spherical machine that works by using dry ice.

This washing machine substitutes water and detergent with the cleansing properties of dry ice. Additionally, it is quieter and faster than a conventional machine. Orbit, the revolutionary concept of French designer Elie Ahovi generates its own energy source.

During the washing cycle, the spherical drum, made from a superconductive metal, generates energy that recharges its battery when the machine is unused.

This is due to the technology of induction: 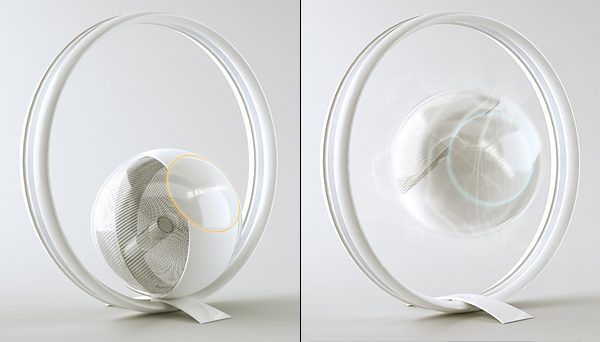 The worldwide issue with water supply is not new. To get a better scope, in the last twenty-five years, the availability of water has diminished by 50% in our planet. It is predicted that by 2025, 3.5 billion people (nearly half of the population) will suffer from low water supplies. Only 0.003% of the water on our planet is drinkable and a household washing machine consumes approximately 300 liters of drinking water in each cycle.

All our interest in the textile industry is turned to the creation of sustainable products and in the maintaining of our planet. To know more, click here.