Between Mexico and the West Bank, one can count up to at least ten walls built for the sole purpose of isolation. However, not all walls are built to divide families, villages or entire countries; some are conceived with a vocation for union and revitalization. Such is the case of the one being built along northern Africa. The strip stretching about 8,000 kilometers west to east, from the Atlantic Ocean to the Red Sea, is a colossal project that has allied eleven countries against one common threat: desertification and global warming.

Contrary to what it may seem, it’s not about fending off the Sahara; the desert is not attacking. The reason it’s moving forward, in a relentless manner, is erosion. El Sahel, the transitional zone between the world’s largest ocean of sand and the Sudanian savanna and home to 232 million people mostly living in extreme poverty, is the cause of such ecological degradation. Excessive cultivation, grazing, deforestation and prolonged droughts, have robbed its soil of much of its productive capability. In Africa, as in other parts of the world, barren land is synonymous with famine, conflict, and mass exodus.

El Sahel undergoes a single dry and torrid season all year round and experts estimate that the expected monsoon rains, from which all agricultural production depends upon, will allow desertification to gain 1.5 million new hectares each year. The desolate panorama that this rate of erosion presents, together with climate change and one of the highest birth rates on the planet, led the African Union ten years ago to launch an ambitious plan called the Great Green Wall of the Sahara and El Sahel along with the support of the Central Bank. 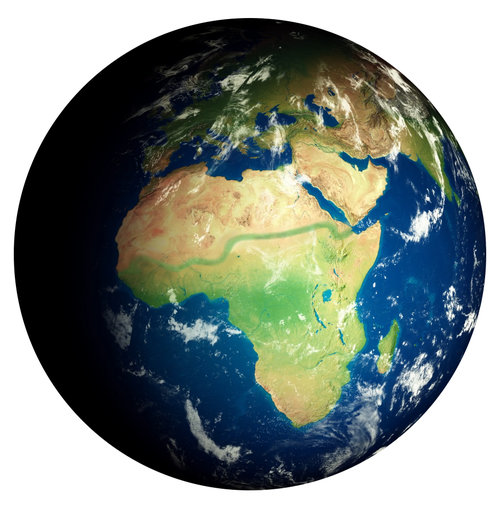 Originally, the idea was to plant trees on a massive scale on a strip of about 15 kilometers wide from Senegal to Djibouti and thus “green” the desert border villages while attracting more rainfall. According to the countries involved, a slow and variable development led to a decline in effectiveness and funding until 2014 when it gained momentum with the involvement of the Food and Agriculture Organization of the United Nations (FAO) through the program Action Against Desertification. The management team redesigned the project so that beyond generating a monumental forest dam, 15% of which has already been planted, a set of sustainable rural development measures would be implemented. The dual objective of these measures would be to ensure food for local communities and livestock as well as to assess the possibility of obtaining a source of economic income.

Until now, the method has been fruitful — literally. The land that was once believed to be barren until just a few years ago, has already provided edible joy in the form of small bean harvests. These results confirm that the degradation of the planet is not yet irreversible.

While the United Nations is striving to restore productive capacity to some of the Saharan borderlands, the African Union is trying to sustain the original plan to curb any erosion. The results are mixed. While some countries have not yet planted the first tree, others, such as Senegal, already have 150 kilometers of vegetation belt in their territory that has improved the lives of 350,000 people.

Cities have become crucially important to the objectives of sustainable development.

The wall extends towards Asia.

Presently, it is estimated that by 2050 nearly 70 percent of the world’s population will live in cities and that much of this growth will occur in cities in Africa and Asia, which are experiencing much faster urbanization than in other parts of the world. For this reason, the key institutions responsible for curbing the devastating effects on the climate are emphasizing the need to dedicate more resources to land-use planning to lessen the environmental impact.

The FAO has made public its intention to support at least three cities in each of the 30 countries from these two continents, to create a large eco-friendly infrastructure with 500,000 new urban forests by 2030, as well as restore or maintain up to 300,000 hectares of existing natural forests in and around the cities of El Sahel and Central Asia.

According to the organization itself, once completed, the Great Green Wall could capture between 0.5 and 5 gigatons of carbon dioxide (CO2) annually, reducing the costs of preventing and treating the effects of climate change and improving the well-being of the inhabitants of these cities, their surrounding areas and the planet in general.

Urban forests and trees are critical when addressing and mitigating global climate change; they can lower air temperatures by up to 8 degrees, lowering air conditioning costs by up to 40 percent. Other direct benefits include reduced rainwater flow and improved air quality by filtering dust and pollutants.

More than a technical project, it should be perceived as a political initiative carried out by a group of water-stressed countries, which seeks to awaken the interest of the people and the ideas inspired by Nobel Peace Prize winner Wangari Maathai.