A brief history of wool

Nobody really knows exactly when we started utilizing wool. Perhaps it was by accident some 11,000 years ago when an inhabitant of the Middle East, today’s Iraq, realized that animals are not only a source of nourishment but their hair and fur is also a source of protection. Today, these fibers are highly valuable to us due to their versatility and adaptability.

With the exception of ancient Egypt, when wool was considered ‘impure’, history reflects an appreciation for this material that is still present today. In the Old Testament, there are over three-hundred references to sheep and wool. A primitive descendant of the mouflon evolved to become the peaceful sheep that we know today. 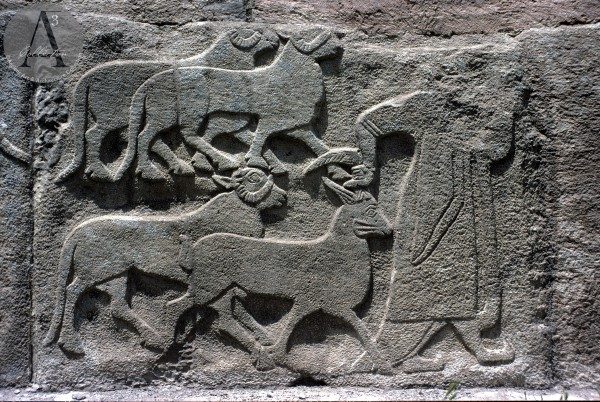 Of course, the wool obtained from these primitive sheep was quite different than today’s specimen. Millenniums ago, the fleece belonging to these herbivores was made of two very different fibers. They had long, thick hairs on their exterior that protected them from wind and rain and they also had a shorter, thinner layer close to the skin that served as insulation.

Centuries of careful selection resulted in a breed that produces a large volume of high-quality wool. Today’s sheep continuously grow their wool to the point that it becomes an unbearable burden if it isn’t periodically sheared.

Despite its many virtues, wool production has become stagnant. In the 1980’s, about 2,820 tons of wool were produced in comparison to 2,300 tons produced in the 21st century. The competition against synthetic textiles has been severe. 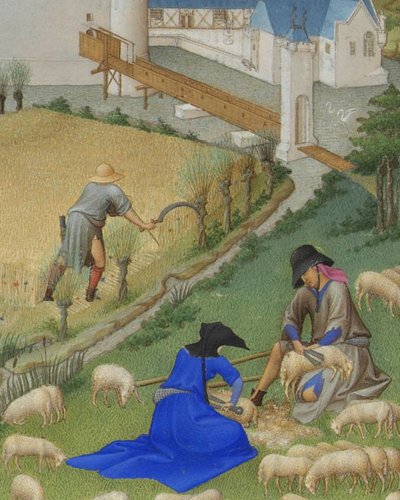 The history of Merino wool in Spain

Had sheep herding and shearing not been so prevalent in Spanish history, the millions of sheep and rams that pasture the earth today would not be in existence. Great flocks were bred in Castilla, Extremadura, and Aragon, organized by the Mesta[1] in the 13th Century and protected under royal ruling until 1837.  After some time, the superstar of all sheep came along: The Merino. Between the 16th and 18th centuries, at its peak, an estimated 20 million sheep were bred. This breed was so detrimental to the economy that being caught exporting this animal was punishable by death.  Nevertheless, in the middle of the 18th century, animals were exported to Great Britain, France and Germany, where they multiplied creating what is now the world’s wool production. 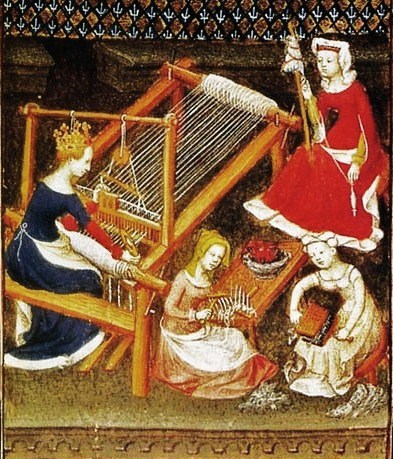 Australia, today’s major wool producer, began its industry in 1789 with only 29 Spanish Merino sheep, which multiplied into 80 million just one century later. Today, throughout the country, there are over 70,000 farms in which 180 million sheep produce over 1.3 billion pounds of wool each year. On average, 40% of wool that is produced around the globe derives from the Merino sheep, another 47% from mixed breeds (over 800 strains) and 13% of special types of sheep as well as other animals like camel, alpaca, Angora goats, cashmere goats, and mohair, llama, vicuña, yak and guanaco. 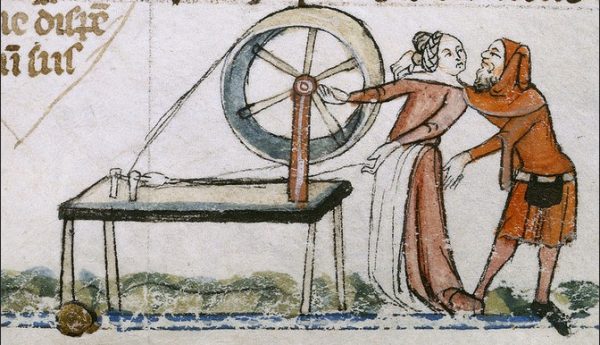 The properties of wool

If we take a closer look, this prodigious fiber is absolutely unique. Each one of these animals comes equipped with a fine and generous mane of hair so abundant that if we unite each strand of five Merino sheep, we could wrap it around the world.  Made from keratin —the same substance our hair and nails are made of— wool is composed of thousands of layered cells that form an impenetrable barrier that works as insulation creating protection from both hot and cold temperatures.

Another characteristic worth noting is its hygroscopic capabilities. Wool can absorb up to 40 per cent of its own weight in water and release it the moment its exterior begins to dry. For this reason, a clothing garment made of wool can absorb body sweat, release it and become dry. Cotton in comparison can only retain 8 per cent of liquid and synthetic fibers less than 3 per cent.

Wool is also extremely resistant to track marks and has high elasticity. Due to the helical shape of its molecules, it can stretch up to 50 per cent of its original length resulting in a garment that does not lose its shape or wrinkle, and if it does, it easily returns to its original shape. 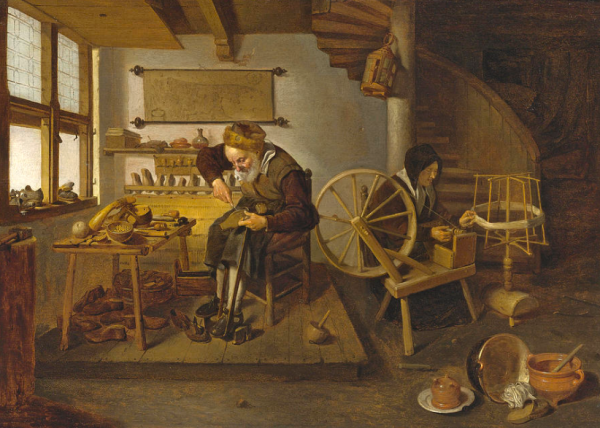 Sheep are sheared once a year or perhaps twice if the animal lives in a warm climate. One shearing machine can shave an entire sheep resulting in up to eight or twelve pounds of fleece. Afterwards, the fibers of wool are separated according to their length and thickness which may differ depending on where the animal is located. The finer wool is used for fabric and the coarser wool can be used for other items such as mattresses. This is followed by a wash to remove dirt and grease.

Once the wool is clean and already light in color, is whitened leaving it ready to absorb dyes. It is then untangled and stretched forming a thin, continuous fiber ready to be experimented with using two different types of treatment.

The carding process, derived from the Latin carduus, meaning thistle or teasel, is performed with a wire roller equipped with two cylinders containing flexible wires that leave a thin and even layer of material. In order to spin the wool to make yarn, this thin sheet of wool is divided into fine strips that are scoured, rolled and stretched into what is then called slivers.

To obtain a gabardine texture, the short and longer fibers are separated through a combing process and then spun in a machine that directs the larger fibers in the same direction. The result is a strand that is continuously pressed to obtain a fine thread. The shorter fibers are carded and the longer ones are used as long staple wool which is ready for spinning. Carded wool is characterized by thicker threads formed by uneven fibers that give the appearance of a thicker, diffused surface. 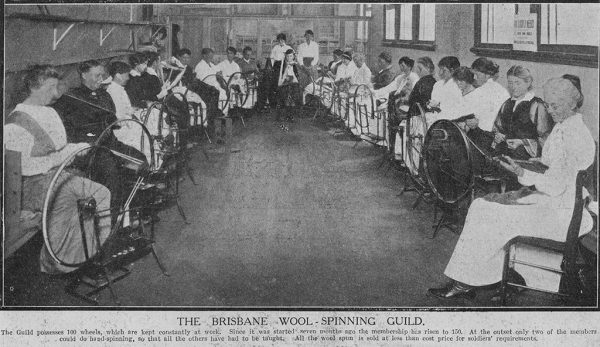 One of its most important characteristics is its ability to become felt. Felting begins by agitating the fibers whose scales then interlock creating felt —a thicker, more compact and heavier material. Felt is highly regarded in nomadic tribes around Central Asia where they use it for blankets to cover their horses and camels. They are used to make highly impermeable tents that protect them from the rain and cold weather. The Romans used felt to make their breastplates and now it is used to make hats.

Boiled wool is completely natural and its manufacture only requires wool, water and a bit of soap. It is made by pressing and kneading virgin wool in hot water. Unlike felt, which is not woven, boiled wool maintains its elasticity thanks to weaving; the wool thickens and unites the fibers

Air bubbles are generated when the weave shrinks, giving boiled wool its cozy appeal. The material is reduced considerably changing its density and creating a durable textile resistant to cold temperatures. This wool can also absorb nearly one third of its weight in liquids, making it ideal for rainy climates. 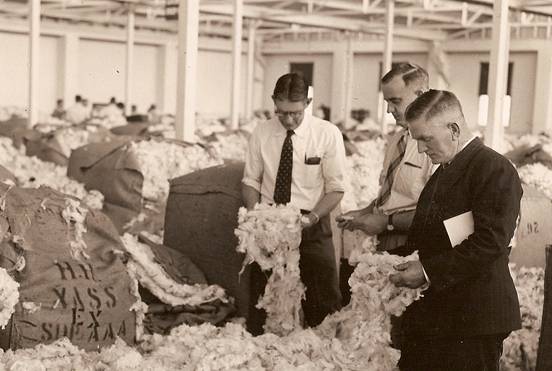 Archeological findings show that boiled wool has been used since antiquity. Thousands of years ago, people used their feet to work the wool, until the Middle Ages when looms were introduced. Today, we use machines to manufacture knitted textiles.

Generally, wool garments can be cleaned by airing out. Boiled wool should only be dry cleaned and rarely hand-washed. 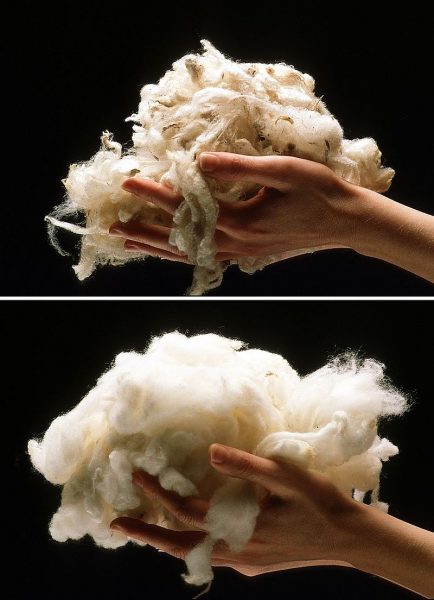 Wool before and after scouring

[1] The Mesta was a powerful association of sheep ranchers in the medieval Crown of Castile. Wikipedia https://en.wikipedia.org/wiki/Mesta